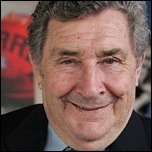 Geelong Football Club identity and former commentator Bob Davis has died at the age of 82.

He was inducted into the AFL Hall of Fame in 1996.

But Davis’ contribution to football wasn’t just on the field, he was also a passionate commentator and was a key figure in the development of television coverage of the game.  Joining the commentary team at HSV7 in the late 1950s, Davis went on to many years as part of the World Of Sport team and, with Lou Richards and Jack Dyer, presented the late night favourite League Teams.

He later appeared on Sportsworld and Seven’s Footy Panel before leaving Seven in 2001.

Lewis Martin, General Manager of HSV7, said that Davis was a television pioneer:

“Bob Davis was not only a great football personality on Channel Seven, he was a television pioneer and his legacy can be seen today in sports entertainment television.  He was and always will be a beloved member of the Seven family from who we learned a great deal.  Bob will be sorely missed. Our thoughts and prayers go out to his wife Margaret and the Davis family.”

“He coached his beloved club to a premiership in 1963, but perhaps his greatest contribution of all was to take our game into lounge rooms every weekend, as television developed in this country, and forged a powerful bond between our players and our fans.  On behalf of the AFL and our clubs, I wish to pass on our deepest sympathy to Bob’s wife Margaret and his family, and the Geelong Football Club, and to thank them for Bob’s wonderful service to our game.”