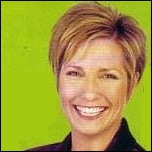 “I have loved every moment of working for Channel Nine, but it’s now time to be brave and make a change.  After more than 25 years as both a reporter and newsreader, I’ve had enough of reading and reporting stories about tragedy – floods, fire, earthquakes and violence.

“I’m making a strategic career decision to move into another phase, which will allow me to participate in the changes happening within our state and city.  It’s a fantastic time to be a West Australian, with so much entrepreneurial spirit on show, and I want to be part of that and make a contribution.”

PerthNow reports that Marshall is believed to be headed for a role in public relations, despite earlier suggestions that she had accepted a job at Tourism Western Australia.

With a background in newspaper and radio journalism, Marshall joined the STW9 newsroom in 1984 and later moved to Melbourne to join the Seven Network.  At Seven she became the first female sports reporter on television, contributing to VFL/AFL coverage, Seven Nightly News, Olympic Games reports and co-hosting Sportsworld with Bruce McAvaney.

Returning to Perth in the early ‘90s, Marshall re-joined STW9 as a senior reporter and weekend newsreader.  In 2003, she began presenting the channel’s weeknight 6.00pm bulletin, first with Sonia Vinci – making them the first all-female newsreading team in Australia – and more recently alongside Perth television veteran Greg Pearce.

Last night’s bulletin ended with a tribute presented by Pearce and sports presenter Michael Thompson with a flower bouquet handed over by weather presenter Angela Tsun.

It is not yet known if Marshall will be replaced at the newsdesk, with Pearce to read the news solo in the interim.

Permanent link to this article: https://televisionau.com/2011/05/dixie-calls-it-a-day.html