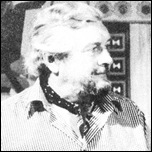 Film and television producer and director Eric Fullilove, one of the names behind legendary series Skippy The Bush Kangaroo and a pioneer producer for SBS, has died at the age of 85.

An established film producer with many years’ experience, English-born Fullilove first came to Australia with the Royal Navy in 1952 to film the detonation of the first British atomic bomb, in the Montebello Islands off the West Australian coast.

By the mid-1960s, Fullilove emigrated to Australia as a “Ten Pound Pom” and became involved in Australia’s fledgling film and television industry – working on programs including Boney, Barrier Reef, Catch Kandy and Song For Melbourne.

He was a director for TV series Skippy The Bush Kangaroo – and met his future wife, Paddy Barker, on the set. 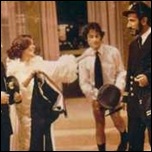 Fullilove (pictured, above, in 1980) was a producer and director of various programs for multicultural Channel 0/28 (now SBS) in its early days – including telemovie The Three Sea Wolves (pictured), which aired on the channel’s opening night in 1980, current affairs programs SCOOP and Forum and dramas City West and The Liberation of Skopje.

Eric Fullilove is survived by Paddy, his children Julie, Michael and Christian and their partners, and seven grandchildren.