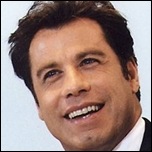 US actors John Travolta (pictured) and Carrie Fisher head the list of guest stars to appear at this year’s Telethon, taking place this weekend in Perth.

Travolta, in Australia for Qantas’ recent 90th anniversary, and Fisher, who’s been performing her play Wishful Drinking across Australia, will be joined by stars from various Seven Network programs, including Packed To The Rafters, Sunrise, The Morning Show, Home And Away, City Homicide, Dancing With The Stars and My Kitchen Rules, for the 43rd annual telethon which raises funds for children’s charities in Western Australia. 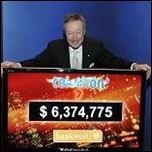 Last year’s Telethon raised $6,374,775 which was distributed to over 20 charities. Since its launch in 1968, Telethon has raised around $94 million so this year should bring the grand total to over $100 million.

Telethon, being held at the Perth Convention and Exhibition Centre, begins tonight (Saturday) at 6.30pm (WST) and continues through to 8.30pm Sunday and will be broadcast through Seven in Perth and the Golden West Network in regional WA.

EDIT @ 14.47 AEDST 14.11.2010: John Travolta has had to withdraw from his planned appearance at Telethon after his pregnant wife, Kelly Preston, went into labour. He was intended to appear in the closing stages of Telethon tonight but is now heading back to the US to be with his wife. Seven’s Perth general manager Ray Waldrop has told media: “Whilst we are obviously disappointed that John can’t come to Perth to appear on Telethon, we completely understand that his family comes first. Channel Seven, and I am sure everyone in Western Australia, send our best wishes to John and his family.”

Permanent link to this article: https://televisionau.com/2010/11/us-stars-head-to-telethon.html