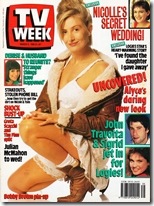 ‘I want to show the real me!’
Sale Of The Century hostess Alyce Platt (pictured) wants to dump her conservative, quiz-show image.  The former Sons And Daughters star is now in her fourth year on the Nine Network quiz show and is daring to bring a new daring look to the long-running program.  “It was frustrating when people kept coming up to me in the street and telling me I looked younger in real life.  What has happened in the past on Sale Of The Century is that I’ve developed an image that is not really me.  I don’t dress as you’re used to seeing me on Sale.  I’ve just signed a new contract with the show and told them I wanted a say in how I look,” Platt told TV Week.  “I feel I might as well make a huge statement.  We’re finding that a lot of younger people are watching the show now.”  The new-look is set to feature designs from three major designers – Covers, Mariana Hardwick and Jenny Bannister.

Is this the new Kylie?
Beth Buchanan, the younger sister of Hey Dad! star Simone Buchanan, is to become a new resident of Ramsay Street.  The 17-year-old has been offered a high-profile role in Neighbours, following the departure of actress Rachel Friend from the show, sparking speculation that she is set to become “the new Kylie.”  A Network Ten spokesperson is staying tight-lipped, though:  “She has been offered the part, but I cannot confirm whether she has signed on the dotted line.” 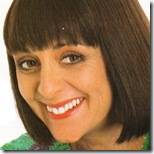 Are Denise and husband about to be reunited?
The year just passed is not one that Denise Drysdale (pictured) will want to cope with again.  The Hey Hey It’s Saturday and In Melbourne Today co-star is still coming to terms with the announcement that her ten-year marriage to actor Chris Milne had ended, and the impact it has had on her two boys, aged 9 and 7.  But there is no evidence of bitterness or discomfort when it comes to her former husband.   When asked if she would consider reuniting with Milne, she only responds “I just don’t know.  Stranger things have happened… I’m the sort of person who lives day to day.”  As well as working on her farm property in Gippsland, a 90-minute drive from Melbourne, Drysdale commutes to Melbourne twice a week for tapings of In Melbourne Today and Hey Hey It’s Saturday, hosts a weekly magazine show for local Gippsland channel GLV8 and is in constant demand for club appearances with long-time colleague Ernie Sigley.  Drysdale also responds to rumours that all is not well with her Hey Hey It’s Saturday co-stars, with reports that they’re miffed that she was doing and saying too much.  “Because Jacki MacDonald had been there for so long, I think it’s taken a lot of time for the others to realise there’s someone there to make a lot of noise… I can’t just stand there.  But I don’t think I would have been put in the job if they (the producers) didn’t like the way I work.  They know I’m not like Jacki.  I still think it will take more time to settle in.”  And when asked if she tires of her co-stars constant references to her anatomy, she only responds “No, they’ve been hanging around for years!”

Briefly…
Joining the list of guests jetting in for the upcoming TV Week Logie Awards is actor John Travolta, on the eve of the Australian release of his latest movie, Look Who’s Talking, and Aussie actress Sigrid Thornton, currently based in Los Angeles as the star of the CBS series, Paradise. 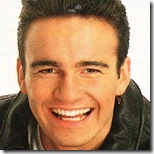 The arrival of Julian McMahon’s (pictured) character, Ben Lucini, in Seven’s Home And Away triggers a whirlwind romance with Carly (Sharyn Hodgson) with the pair becoming engaged within only a couple of weeks.

This week sees comedian Glynn Nicholas take over from Wendy Harmer as host of ABC’s popular comedy program, The Big Gig.  Harmer is now working on her own show, In Harmer’s Way, which is set to debut on ABC in April.

John Laws says…
”Kerry O’Brien, for whom I have a high personal regard, launched his promising new show Lateline at a time when a transport workers’ strike was gripping NSW and elsewhere, when Andrew Peacock was reeling from another pre-election poll tumble, when TNT had announced a dramatic fall in profits due to the airline dispute, and when the nation was on the brink of another national election campaign.  But what did O’Brien serve up on his first Lateline?  South Africa!  Sure, Nelson Mandela had been freed a couple of days earlier and South Africa was dominating TV news and hogging all the newspaper headlines.  But that’s my point:  By the time Lateline arrived, I suspect we were all totally overdosed on Mandela and the South African issue.  How much more were we expected to take?” 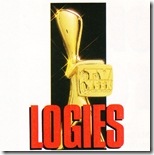 Friday:  Mark Mitchell hosts the 32nd annual presentation of the TV Week Logie Awards, live from the Hyatt On Collins Hotel, Melbourne, and televised on ATV10.  The two-and-a-half presentation culminates with the presentation of the Gold Logie to Australia’s most popular TV personality.  Up against the Logie Awards are movies The Dirty Dozen (HSV7), Every Which Way But Loose (GTV9) and The Last Innocent Man (ABC).