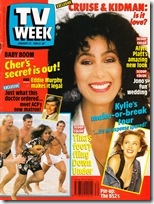 Steve lays down the law
When Fast Forward’s Steve Vizard threw in a lucrative legal career to go into television comedy, everyone told him he was an idiot.  “And I am an idiot,” he says.  “You can see what a fundamentally good decision it was to leave a great job in law to join Qintex at this particular time.”  Vizard’s company, United Film Completion, is busy preparing comedy and variety program ideas for the Seven Network.  In 1989, the network had a hit with sketch comedy program Fast Forward, and Vizard’s new venture, Tonight Live, launches this week.  Vizard also says that there are “three or four other projects in the pipeline.”  In the lead-up to Tonight Live’s debut, Vizard and Seven are in negotiation for the network’s Melbourne newsreader, Jennifer Keyte, to read news on the program.

Glamour in three easy steps
Actress Anne Phelan, famous for playing rough inmate Myra Desmond in Prisoner and the frumpy Mama in Harp In The South and Poor Man’s Orange, is taking a somewhat more upmarket tone in her new role as cafe owner Dawn Dickson in the Nine Network’s new series, Family And Friends.  “With Family And Friends, I’m actually going to look like myself, only a bit tarted up – and to be truthful I’m not looking forward to all that.  I would rather be disguised,” she commented.  The new series follows the lives of two families, the Chandlers and the Rossis, divided by hatred over three generations. 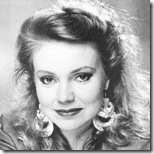 Rowena shares a secret
Former Neighbours star Rowena Mohr (pictured) has decided to pursue an acting career in the UK, but is leaving behind her most treasured fan, her younger sister, Judy, who has an intellectual disability.  “Judy’s biggest thrill was when I joined Neighbours.  She thought it was wonderful and told all her friends about it.  I even had to get her special photographs and sweatshirts signed by the cast,” Mohr says.  “She’s the only one who writes to me regularly.”  Since settling in the UK, Mohr has had to cope with the English press.  In one interview, she jokingly told a reporter she would have to find an English husband – and was then inundated with offers.

Briefly…
Singer Tina Turner has just departed Australia after filming a series of commercials for the NSW Rugby League.  The $2 million ad campaign, featuring Turner’s hit The Best, was filmed around Sydney and the Gold Coast. 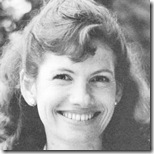 Actress Mary Regan (pictured) is to replace Joan Sydney as matron of Wandin Valley Hospital in A Country Practice.  The new matron could well be a romantic interest for either of the hospital’s doctors, Chris Kouros (Michael Muntz) or Terence Elliot (Shane Porteous).  Sydney has already finished taping for A Country Practice and is now preparing for her next role in the stage play Mrs Klein, co-starring Helen Morse and Michelle Fawdon.

TV funnyman Jonathan Coleman has married his long-time girlfriend, Margot Fitzpatrick, at a ceremony at Sydney’s Taronga Zoo.  The newlywed couple are honeymooning in Thailand, followed by London and Paris.  Coleman in interested in working in the US and Europe, but is not about to cut ties with Australia – he has been in talks with Steve Vizard over a possible involvement in new show Tonight Live.  Coleman has also taped a pilot for an Australian version of Entertainment This Week. 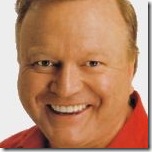 Bert Newton (pictured), whose last radio gig was at 3DB, has said that he would like to get back into radio and has confirmed that there have been some offers.  “I’d have to be in the right shift,” he says.  “I proved to myself at 3DB that I’m not a breakfast man.  I don’t think my conversational style is right for the corn flakes.  Lately I’ve been listening to quite a bit of radio and I’ve found that what is good is very good and what is bad is terrible.”

On The Grapevine…
An out-of-work soapie actress has taken to playing the didgeridoo in the pedestrian tunnel at Sydney’s Central Station in order to bring home the bacon.

Who was the popular young Sydney actor, well acquainted with playing the role of a car thief, who found himself on the receiving end recently?  A shopping spree to Bondi cost him a lot more than he expected when he returned to the car park to find his chariot missing.  Even more tragic, the car wasn’t insured. 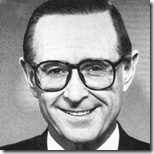 John Laws says…
”The demise of female newsreaders in Sydney doesn’t come as too much of a surprise.  Perhaps 1990 will be remembered as the year of living gentlemanly.  The past few years have seen women move into a wide area of high-profile TV jobs.  Some were competent – such as Jana Wendt – but others lacked the necessary “zing” that captures huge ratings and all-round public approval.  Woman after woman was thrown up against TCN9’s Brian Henderson (pictured) to try to break his iron grip on the news ratings in Sydney – and all failed.  Now we have a male line-up confronting him, including former 60 Minutes heavyweight Ian Leslie on Ten.  It’s desperate stuff.  Ten’s one-hour format – I’m assuming here it’s going to remain – is also a problem.  By the time it’s waddled halfway through its bulletin, Nine and Seven have wrapped up and have moved on.  The result is that Ten gets the image of being a slowcoach, even though it presents a fuller news service.”

Lawrie Masterson’s Sound Off
”From initial impressions anyway, the first new Australian soap of the Nineties certainly looks handsome.  Family And Friends blends some fresh new faces with a few who are tried and true.  My tip?  This one will work.  Nine at last has a soap with a potentially long and healthy life.”

Sunday:  The Men’s Singles Final of the Australian Open is telecast live on HSV7 in the afternoon, up against GTV9’s continued daily coverage of the Commonwealth Games from Auckland, New Zealand.  Sunday night movies are Hoodwink (HSV7) and Brubaker (ATV10), while ABC presents the Sydney Theatre Company’s production of The Ham Funeral, starring Kerry Walker, Max Cullen, Robyn Nevin and Maggie Kirkpatrick.

Monday:  From 10.00am, ABC presents live coverage of the 1990 NFL Superbowl, direct from New Orleans.  And with the tennis season now over, HSV7’s weekday line-up returns, including current affairs program Eleven AM, the midday movie and afternoon re-runs of US shows Perry Mason, Beverly Hillbillies, I Dream Of Jeannie and Get Smart.  Nine’s Sale Of The Century returns for 1990 in its traditional 7.00pm timeslot.  SBS screens the Australian movie Kostas, starring Wendy Hughes and Takis Emmanuel.  Steve Vizard presents the first edition of his new late-night show, Tonight Live. 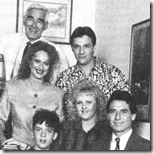