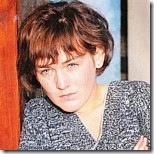 The Seven Network’s new digital channel 7TWO has a couple of Aussie soap classics from the archives.

Starting tomorrow morning (Tuesday 3 November) at 9.30am, 7TWO presents the two-hour pilot of Home And Away. Produced during 1987, the pilot provides the background on foster family the Fletchers, their move from the city to the coastal town of Summer Bay and the introduction of the newest member of the family, Bobby Simpson (Nicolle Dickson, pictured). The pilot first screened on Seven on Sunday 17 January 1988 and the regular half-hour episodes started the next night. 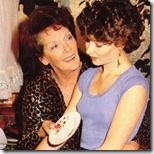 Then from Wednesday 7TWO kicks off its normal weekday routine with Sons And Daughters (featuring Pat McDonald and Kim Lewis, pictured) at 9.00am and then Home And Away The Early Years at 9.30am.

7TWO is now broadcasting on digital channel 72 in Sydney, Melbourne, Brisbane, Adelaide, Perth and regional Queensland. The channel will be extended to Darwin and Tasmania via Southern Cross Television from next month. Prime Television, covering regional NSW, Victoria and ACT, has yet to announce a timeframe for launching 7TWO in its coverage areas.

Permanent link to this article: https://televisionau.com/2009/11/back-to-the-first-day-at-summer-bay.html