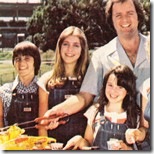 The wave of nostalgia triggered by the recent return of Hey Hey It’s Saturday and the passing of Don Lane has sparked talk of the return of a family TV favourite.

Johnny Young, the host and producer of Young Talent Time and now back in his former home town of Perth as a breakfast announcer at radio 6IX, is reported to have been in discussion with the Ten Network about reviving YTT, more than two decades after it was taken off our screens.

A pop star and TV presenter in Perth, Young came to Melbourne in the late-‘60s and performed on and hosted local teenage shows such as Go!!  He formed Young Talent Time as a junior talent quest as well as a variety show with an ensemble cast of performers between the ages of 8 and 16.  The format was not entirely dissimilar to an earlier show, Brian And The Juniors, that had finished up in 1970. 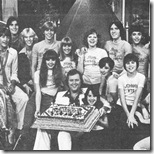 Young Talent Time made its debut on 24 April 1971 on ATV0 in Melbourne, featuring Young as host and a cast of performers including Debra Byrne, Phillip Gould, Jane Scali, Jamie Redfern, Vikki Broughton and Rod Kirkham – some of which were already known to viewers of Brian And The Juniors.

Despite its low budget, the show was an immediate hit and gave the channel some relief from the usual Saturday evening battering by football replays on rival channels.  YTT also got an early ratings boost when Graham Kennedy made a guest appearance on the show shortly after its debut.

In 1982, after celebrating a decade on air, Young Talent Time won a special Logie award for sustained excellence in television. 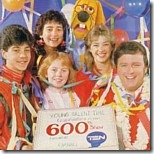 Young Talent Time came to an end in 1988, having created a number of household names – including Jamie Redfern (who went on to tour the US after being ‘discovered’ by Liberace), Debra Byrne, Phillip Gould, Jane Scali, Sally Boyden, Karen Knowles, Tina Arena and Dannii Minogue.  The show also inspired a US-based spin-off, The New Generation.

Since its demise, there have been on-again off-again talks about reinventing Young Talent Time for a new generation.  A 2001 special, produced and presented by YTT cast member John Bowles, was well received by viewers and sparked more talk of a revival.

Hey Hey It’s Saturday, a long-time timeslot rival of YTT during the ‘80s, this year got a new lease of life after a Facebook-led campaign sparked two reunion specials on the Nine Network.  The ratings success and apparent public support for an ongoing series has seen negotiations for a possible Hey Hey It’s Saturday return again next year.

With Young now reportedly heading negotiations for a return to YTT, the show is now also the subject of a Facebook campaign for a return.  The nostalgic appeal of the format plus the public’s leaning towards a return to family entertainment on television could see the show returned in some form.

Permanent link to this article: https://televisionau.com/2009/11/young-talent-time-headed-for-return.html