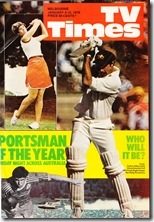 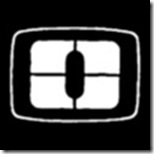 All change at Channel 0
It appears almost certain that Melbourne channel ATV0 is set to change to ATV10 by the end of 1979. To facilitate the change, Gippsland station GLV10, based in Traralgon, will need to move to the Channel 8 frequency to free up the Channel 10 position for ATV. A spokesman for the Minister of Posts and Telegraphs said in Canberra that all parties involved in the changeover had agreed and it was now a matter of technical planning to bring the change to fruition. The Minister’s spokesman said there was no request for TVQ0 Brisbane for a similar changeover, meaning that they will be the only member of the 0-10 Network to be on the Channel 0 frequency after the Melbourne changeover. 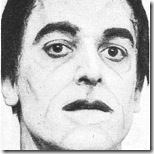 ‘Old Lace’ gives star a new face
Actor John Stanton, formerly of Homicide and The Box, is barely recognisable in his new role as a crazed murderer (pictured) in the Melbourne Theatre Company‘s new production of the comedy classic Arsenic And Old Lace. Stanton, his wife Jill Forster and daughter Polly have just returned to Melbourne after a lengthy stay in Sydney due to his recent stage commitments and Forster’s recently-completed role in The Restless Years.

Briefly…
Despite mounting pressure for a sequel to 1978’s popular Against The Wind, the show’s production company has denied any possibility for a follow up series.

Actor Ken James is believed to have been approached for a role in the new Seven Network drama Skyways, but is apparently only keen to take on the role if it departs from his former TV role as Tony Wild, the bumbling actor in The Box.

English-born actor Sean Myers is back in Australia for guest roles in The Sullivans and Cop Shop. The return marks a comeback for the actor who suffered a near-fatal road accident when on a visit to the UK in 1972 which left him in a coma for five weeks with a lengthy recovery afterwards.

Viewpoint: Letters to the Editor:
“It is about time we got another commercial TV station in Canberra. All we get on CTC7 is sport, nearly seven days a week. Don’t we get a choice of what we want, rather than what the station wants us to see?” Name and address supplied, ACT. 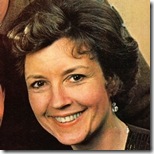 “Australia’s leading actress, Lorraine Bayly, (pictured) gets $1000 a week (TV Times, 2 December 1978) but to me, as the Yanks say, that’s just peanuts. She burns up more than energy when she acts, and in The Sullivans she gives us a bit of the heart and soul of our past. I, for one, am very grateful for her.” M. Allen, SA.

“It is quite obvious that the summer non-ratings period is upon us, the benighted victims of Mr McNair’s inventiveness. One only has to read the program guide to see that in most cases the discerning programmers employed by the TV stations have all gone on holidays. There is one exception. Praise God that in this three-month desert of TV entertainment we have an oasis in the form of ABC!” H. Smith, NSW.

“I would like to complain about the time – 10.45pm – that the Dennis Lillee special, Twenty Five Steps, was put on by CBN8 (Orange) and MTN9 (Griffith). Children like to watch shows like that, especially if they are interested in sport, but when they have to get up early it is just impossible for them to stay up that late.” K. Riley, NSW.

What’s On (January 6-12):
ABC has live coverage of the cricket Fourth Test from Sydney’s SCG from Saturday through to Thursday (with a day’s rest on Monday). GTV9‘s World Series Cricket continues from Melbourne’s VFL Park, with West Indies v The World on Monday and Tuesday, and West Indies v Australia on Friday.

HSV7‘s marathon of tennis coverage comes to an end with the Australian Hardcourt Championships from Hobart on Saturday and Sunday.

The 0-10 Network‘s afternoon variety show The Steve Raymond Show returns for a new year, hoping to gain some viewers in the off-season before it’s main opponent, The Mike Walsh Show, returns on Nine.

ATV0′s evening line-up takes an interesting turn with movies scheduled each weeknight at 7.30pm – The Wackiest Ship In The Army, Marriage On The Rocks, The Sound And The Fury, Voyage To The Bottom Of The Sea and Up Periscope.

Sunday night movies, all repeats, are All The Brothers Were Valiant (HSV7), How To Steal A Million (GTV9) and Rampage (ATV0). Meanwhile, ABC presents the debut of the British series All Creatures Great And Small.