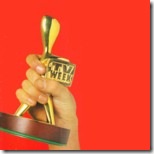 The Queensland Government has reportedly made a bid for the Gold Coast to host the TV Week Logie Awards in an attempt to take the awards away from their traditional home of Melbourne.

Queensland Government representatives made the offer to executives of PBL Media, owners of TV Week and the Nine Network, to pay for the event to be relocated to the Gold Coast.

For about the last decade, the awards have been hosted at Melbourne’s Crown Casino, and while the event is confirmed for Crown next year a relocation in the future has not been ruled out.  James Packer, owner of Crown, now has a reduced holding in PBL Media so that somewhat loosens the ties between the event and the venue that had previously been firmly set. 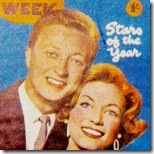 The star-studded event is seen as a possible shot in the arm for Queensland’s ailing local TV industry, particularly since its largest production, Big Brother, was axed earlier this year.  The only other prime-time national program to come from the state this year has been Nine’s Gold Coast-based crime drama The Strip which delivered only average results.

While it is a romantic notion to keep the awards based in Melbourne, the fact is that the industry has changed, and so has the emphasis of the awards and the magazine’s demographic.  It would be unfortunate for Melbourne to lose the night, but it has lost favour with a lot of its ‘old school’ fans over time and the younger viewers that the magazine appeals to now may be more inclined to support a fresher approach to the event, with less of the tradition, and a new home base.  Though critics of the move say this will only serve to give the Logies a ‘tacky’ image as the Gold Coast doesn’t quite share the same glamour or have the heart for showbusiness as Melbourne does.

Permanent link to this article: https://televisionau.com/2008/12/beautiful-one-day-logies-the-next.html