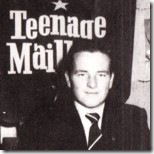 Ernie Sigley, the “little Aussie battler” with over fifty years in radio and television, has announced his resignation from his long-standing role as afternoon host on Melbourne radio station 3AW, signaling a move into semi-retirement.
Beginning at radio station 3DB as a turntable operator in 1952, Sigley went on to become a disc jockey for the station and then graduated to television in 1957 as one of the hosts of Melbourne’s first popular music program Teenage Mailbag on HSV7.
He then took a gamble and tried his luck overseas, managing to score work at BBC and at Radio Luxembourg. Returning to Australia in the mid-’60s, Sigley went to Adelaide where he took over as host of NWS9‘s Adelaide Tonight. Hosting Adelaide Tonight for almost a decade led to Sigley and co-host Anne Wills scoring a swag of TV Week Logie awards for most popular personalities in South Australia. 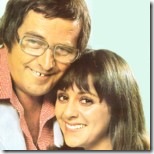 In 1974, Sigley returned to Melbourne to host The Ernie Sigley Show at GTV9, and which famously paired him up with former go-go dancer Denise Drysdale. They both went on to win TV Week Gold Logies as most popular personalities on Australian television and also had recording success with their single ‘Hey Paula’ becoming a best-seller.
The Ernie Sigley Show came to an abrupt end early in 1976 when an off-air outburst – after an episode which had been cut short for a sports awards telecast coming down the link from Sydney – aimed at his producer Peter Faiman and boss Kerry Packer saw Packer sack him in person the next day.
After being sacked, Sigley went to ATV0 to host a nightly variety show, Ernie, and in 1978 he replaced Mike Williamson as co-host of HSV7’s Saturday night variety show The Penthouse Club, which then became Saturday Night Live. 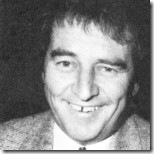 In 1981, after a break from TV, Sigley made a few token appearances on game shows like Personality Squares before being signed up by Reg Grundy to host the Seven Network‘s new game show Wheel Of Fortune, a role which he held for three years before handing over to John Burgess. At the same time he launched Wheel Of Fortune, he also returned to 3DB, where his career began thirty years earlier, to host the breakfast program. And in 1982, he had a brief stint as host of the regional variety program Thursday Night Live from Ballarat’s BTV6.
In the mid-’80s, Sigley reprised The Ernie Sigley Show for GTV9 which had only a brief run before he went to the Ten Network to host the daytime talent show Pot Luck, a revival of the 1970s Pot Of Gold. 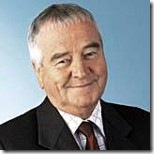 In 1989, Sigley and Denise Drysdale were reunited, hosting GTV9’s new morning show In Melbourne Today which later became Ernie And Denise when the program went national a few years later. Sigley also returned to radio, first at 3AK, then to 3AW in 1996 where he continues hosting the afternoon shift until later this year.  Sigley, who recently celebrated his 70th birthday, is expected to stay at 3AW but in a part-time or reduced capacity.