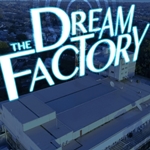 ABC this week pays tribute to its legendary Ripponlea studios in the documentary The Dream Factory. The studios, based in the Melbourne suburb of Elsternwick and named after the historic homestead which is adjacent to it, were officially opened in May 1958, eighteen months after ABC’s Melbourne channel ABV2 began broadcasting. The studios continued to …

END_OF_DOCUMENT_TOKEN_TO_BE_REPLACED

The opening night of ABC‘s Melbourne station ABV2 went ahead without anywhere near the problems encountered by its Sydney sister two weeks earlier. The station was officially opened by Minister for Labour and National Service Harold Holt shortly after 7.00pm on Monday, 19 November 1956. Other speakers during the half-hour ceremony included Leader of the …

END_OF_DOCUMENT_TOKEN_TO_BE_REPLACED

Permanent link to this article: https://televisionau.com/2016/11/tv-at-60-abc-begins-in-melbourne.html Gladiators is gone! Hey Hey It’s Saturday‘s Daryl Somers has hosed down predictions from rival Seven Network that the 25-year-old show will struggle to rate in 1996. While he acknowledges that Seven’s Gladiators is having some success in the Saturday night battle, he notes that success come down to demographics. “If you look at the demographic of …

END_OF_DOCUMENT_TOKEN_TO_BE_REPLACED 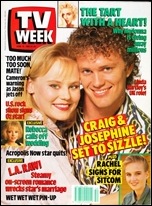