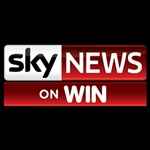 Sky News Australia has announced the launch date for its entry into the free-to-air market. From 6.00am (AEST) on Sunday 2 September, Sky News On WIN will present a 24-hour channel via the WIN network consisting of programming from Sky News Australia including Credlin, The Bolt Report, Outsiders, Jones & Co, Richo, Politics HQ, Paul Murray …

END_OF_DOCUMENT_TOKEN_TO_BE_REPLACED

Permanent link to this article: https://televisionau.com/2018/08/sky-news-on-win-announces-launch-date.html

Lachlan Murdoch has stepped down as a Director and Chairman of the Ten Network to take up a co-chairman role at News Corp and its sister company 21st Century Fox, working alongside his father, Rupert. For the younger Murdoch it’s a return to the family business since they parted ways in 2005. Murdoch’s tenure at …

END_OF_DOCUMENT_TOKEN_TO_BE_REPLACED

Permanent link to this article: https://televisionau.com/2014/03/lachlan-murdoch-exits-ten.html

It was only a matter of time.  Network Ten has earlier today announced that it will axe its much-derided morning show Breakfast at the end of the month. The final edition is scheduled for Friday, 30 November — the last weekday of the 2012 ratings season. The decision to axe the program comes after months …

END_OF_DOCUMENT_TOKEN_TO_BE_REPLACED

Permanent link to this article: https://televisionau.com/2012/11/ten-axes-breakfast-and-newsreaders.html 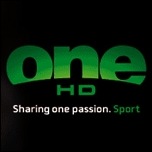