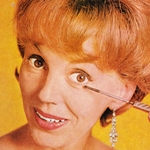 Carol Raye, former television producer and performer, has died at the age of 99. British-born Raye had a successful career in British film and television in the 1940s and ’50s. In the early 1960s, her husband’s work took the family to Kenya and Raye ended up working as a producer for the Kenya Broadcasting Corporation. …