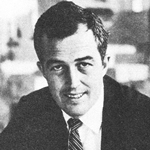 Brian Davies, a former journalist and TV producer turned refugee advocate, has died at the age of 86.

His career started at age 18, when he joined ABC in Sydney in the mid-1950s. He started in radio but made the move to ABN2 soon after it commenced transmission.

Over the next twenty years he worked on and off at both ABC and at ATN7 in Sydney. His credits at ABC included ABC News, Weekend Magazine, This Day Tonight, Four Corners and, as an external producer, the children’s program Lens On Lilliput. He also served as a foreign correspondent for ABC in London. Under his tenure, Four Corners collected a number of awards, including a TV Week Logie Award, a Sammy Award and a United Nations Peace Prize.

He worked at SBS, producing the discussion show Issues ’84, hosted by Margaret Throsby, and was involved in the development of regional broadcaster Imparja Television. In retirement, Davies became a refugee advocate, making regular visits to Villawood detention centre and negotiating with lawyers and immigration officials, as well as providing financial support and supplies such as groceries to those in need.

The full obituary, written by his son Luke, is published at The Age.