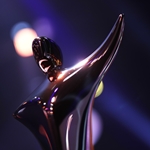 In celebration of the 10th year of the AACTA Awards, AACTA this year supplemented the peer-voted film and television awards with the Audience Choice Awards.

The Audience Choice Awards allowed the public to vote for their favourites from six categories covering the last ten years. Voting from a short list of nominees was held during October. AACTA’s Best of the Decade: Australia Decides will be repeated on Foxtel Arts on 6 December at 9.30pm AEDST.

Permanent link to this article: https://televisionau.com/2020/12/aacta-audience-choice-awards-winners.html