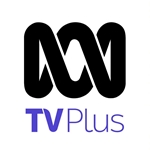 ABC has announced its plans for 2021, including a raft of new dramas, factual series, comedy and entertainment shows and arts programming across its various channels and iView. YouTube: ABC TV & iView Included in the changes is the relaunch of prime-time secondary channel ABC Comedy as ABC TV Plus. In a statement issued on …