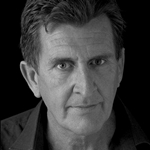 Actor Richard Carter, star of many television dramas and comedies, has died after a brief illness. He was 65.

Although he had a background in comedy, he was often cast in law enforcement roles. His many TV credits included Vietnam, Bodyline, Rafferty’s Rules, The Flying Doctors, GP, A Country Practice, Wildside, East West 101, Blue Murder, Blue Heelers,  Joanne Lees: Murder in the Outback and comedies Pizza, Stupid Stupid Man, Housos and Rake.

He also did television commercial and voice over work.

Richard Carter is survived by wife Lindsey and daughter Amy.

Permanent link to this article: https://televisionau.com/2019/07/obituary-richard-carter.html