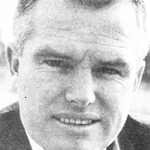 Controversial Sydney broadcaster Ron Casey has died at the age of 89. Starting in radio at Sydney station 2KY in the 1940s and was a regular on Sydney radio until the 2000s, with stints also at 2SM and 2GB. When television began in the 1950s, Casey starting working freelance for TCN9 in Sydney.  In the …

END_OF_DOCUMENT_TOKEN_TO_BE_REPLACED

Permanent link to this article: https://televisionau.com/2018/10/obituary-ron-casey.html