Seven Perth’s Telethon has celebrated its 50th annual fundraiser with a record-breaking total of $36,431,381.

The total is the culmination of a 26-hour telethon hosted at the Perth Convention and Entertainment Centre, and broadcast through Seven in Perth and GWN7 in regional Western Australia and streamed online. 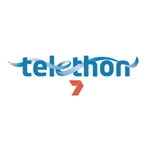 As well as local personalities from Seven in Perth, the telethon featured guest stars from various Seven Network programs including Sunrise, Home And Away, House Rules, Hell’s Kitchen, My Kitchen Rules, The Morning Show, Sunday Night, Daily Edition, 800 Words, The Secret Daughter and The Chase. Since its first appeal in 1968 (pictured), which raised a total of $90,182, Telethon has now raised more than $250 million for children’s charities in Western Australia.

🎉❤️🎉 OUR FINAL TALLY FOR TELETHON 2017 🎉❤️🎉
Thanks to you our Bankwest Tallyboard has never looked so incredible. #telethon7 pic.twitter.com/rgOYAbcGPT

Permanent link to this article: https://televisionau.com/2017/10/perth-telethon-raises-36m.html