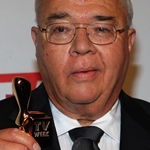 After more than 50 years in journalism — and most of those covering politics from the Canberra Press Gallery — Nine Network political editor Laurie Oakes has announced his retirement.

His last day with Nine News will be 18 August, just a few days after his 74th birthday. His retirement ends a career that began back in 1965 as a state rounds reporter for the Daily Mirror newspaper in Sydney.

He was only 25 when he was appointed bureau chief in Canberra for Melbourne’s The Sun News-Pictorial newspaper (predecessor to the Herald Sun). 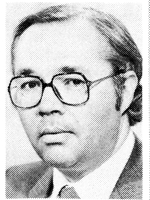 His television career started as a political commentator for Willesee At Seven. In 1979 he joined the Ten Network, where he broke one of his biggest stories — the leaked papers revealing the 1980 Federal Budget days before it was to be tabled in Parliament by then treasurer John Howard.

He left Ten after five years to join the Nine Network, starting there in time for its coverage of the 1984 federal election.

At Nine his weekly political interviews for current affairs program Sunday would lead the agenda for the week ahead.

Oakes’ journalistic accolades include three Walkley Awards and in 2011 he was inducted into the TV Week Logie Awards Hall of Fame.

Permanent link to this article: https://televisionau.com/2017/08/laurie-oakes-announces-retirement.html