WIN and Nine have a Happy New Year 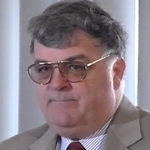 Brian Johns, former managing director of ABC and SBS, has died in Sydney at the age of 79 after a battle with cancer.

Queensland-born Johns was a journalist at newspapers including The Australian and The Sydney Morning Herald and magazine The Bulletin.

He went on to become Principal Adviser in the Department of Prime Minister and Cabinet under the governments of Malcolm Fraser and Gough Whitlam. He was later a director at Penguin Books and founding chairman of the Copyright Agency Limited.

He was appointed the managing director of SBS in 1987, a role he stayed at for five years. During his time at SBS the network picked up exclusive rights to the World Cup soccer and adopted the business model of supplementing government funding with limited amounts of sponsorship and advertising.

After SBS Johns became chairman of the Australian Broadcasting Authority and then in 1995 was appointed managing director of ABC. In the five years he was in charge of the ABC, the broadcaster adopted an online presence and adapted to the oncoming advent of digital television.

Johns was made an Officer of the Order of Australia in 1988 for service to publishing and to the media.

Permanent link to this article: https://televisionau.com/2016/01/obituary-brian-johns.html