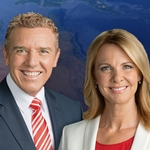 In this era of shrinking regional television, the Seven Queensland network has bucked the trend with the launch of Seven Local News in Toowoomba and the Darling Downs region.

Reporters are based in the Toowoomba region but the bulletin is presented from Seven’s Maroochydore studios, with newsreaders Rob Brough and Joanne Desmond (pictured). The Toowoomba bulletin will also feature a regular segment presented by Peter Byrne, a former long-time weather presenter for rival WIN News. 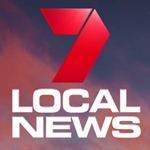 The new bulletin comes at a time when rival network WIN is cutting back on news production. WIN has been winding back regional news services over recent years with the cancellation of local services covering regional Western Australia, regional South Australia, Mackay in Queensland and Mildura in Victoria. The network’s Canberra news bulletin is now presented from Wollongong, with WIN’s Canberra site to be sold off. WIN has also recently announced that it will be closing down its production studios in Ballarat, with the network’s regional Victorian news to be presented from studios in Wollongong in New South Wales..

Seven’s regional affiliate in New South Wales/ACT and Victoria, Prime7, has been consolidating production of its news bulletins of various regions to centralised facilities in Canberra.

Seven Queensland is owned by Seven West Media, which also owns the metropolitan Seven Network. Regional operators like Prime and WIN argue that they are being forced to trim back production and services in the wake of restrictive media laws and have launched a campaign, Save Our Voices, to lobby the government for change.

The regionals are campaigning for the ownership laws to be changed to allow larger metropolitan networks to invest more in regional television. The experience of the Seven Network in regional Queensland and the Nine Network owning NBN in Northern NSW indicate that the larger operators have greater economies of scale which enable greater levels of local production in regional areas.

More information on Save Our Voices is at their website.

Permanent link to this article: https://televisionau.com/2015/11/seven-launches-toowoomba-news.html