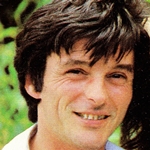 Robin Stewart, the British actor who worked for many years in Australia, passed away over the weekend at the age of 69.

Born in India to a Czechoslovakian father and English mother, Stewart’s acting career began as a child, having appeared in various stage productions in the UK and in the US by the time he was a teenager. He had minor roles in television, including the US telemovie 24 Hours In A Woman’s Life.

Stewart’s most famous role came in 1971, playing the part of Mike Abbott in the British comedy series Bless This House. The show ran for six years and was popular in a number of countries including Australia.

After Bless This House ended Stewart appeared on a telethon in New Zealand which led to hosting a local version of Opportunity Knocks. This was followed by a visit to Australia, making guest appearances on The Mike Walsh Show and Peter Couchman Tonight and landing a regular role in the soapie The Young Doctors.

He also appeared in Australian TV series The Timeless Land, Punishment, Sweet And Sour, Five Mile Creek and had an ongoing role in Sons And Daughters.

Stewart also worked as a producer in regional television in Queensland and away from television began a new career as a horse breeder. His last credited television appearance was in ABC“s Welcher And Welcher in 2003.

Stewart suffered a stroke in 2003 and was diagnosed with chronic emphysema in 2006.

Sad to hear of the passing of the lovely #RobinStewart. Fab actor & lovely man who lit up the room with his smile pic.twitter.com/frLhYuHw9z