We’ll Sale into the next century!
Sale Of The Century co-host Nicky Buckley (pictured) has put to rest rumours that she plans to leave the show to pursue an acting career. Her fellow co-host Glenn Ridge recently declared he would stay with Sale “for as long as they’ll have me”. And Buckley has added, “I’m with him!”. “We both really enjoy it,” she told TV Week. “We also both realise that this industry is really fickle. They could turn around tomorrow or at the end of the year and say they want something new. But so long as they still want us, we’re both keen to do it.” As for pursuing an acting career, Buckley does have three years of drama classes behind her, so she isn’t ruling anything out in the long term. “I can’t say I wouldn’t do a soap, because a few years down the track I might be doing one. But it’s not what I want,” she said. She has made an acting appearance in the upcoming movie Under The Gun, playing the part of an airline receptionist. “It was more a debut thing, just a bit of fun,” she said.

Mother Goose and son
Mother And Son co-stars Garry McDonald and Ruth Cracknell are tipped to star in the new fairytale sitcom, The New Mother Goose. The project, written by Mother And Son creator Geoffrey Atherden, will film a pilot at ABC‘s Sydney studios early in the new year and, if successful, will go into production of 10 episodes around mid-year. “People seem to love the idea,” executive producer John O’Grady, who has also worked on Mother And Son and Eggshells, told TV Week. “This is very different (from Mother And Son) in that it’s a very satirical view of situation comedy and of the family life.”

Showing signs of decay?
Nine‘s new lavish game show Don’t Forget Your Toothbrush has not been the ratings success it had hoped — but it now appears that a fully-fledged production was not originally intended. Nine had bought the rights to the UK-based format with plans to incorporate some of the show’s stunts into Hey Hey It’s Saturday, in a bid to boost its ratings. When Hey Hey‘s host and co-producer Daryl Somers wasn’t keen on the idea, Nine decided to go ahead with the full scale production.

“After a surge of public acceptance going back to Brides Of Christ and the first series of Phoenix, the ABC has struggled for another drama to emulate those two series. While quality has been a sticking point only on odd occasions, it remains that such series as the Phoenix sequel, The Leaving Of Liverpool, Frankie’s House, Janus, Heartland, the problem-ridden The Damnation Of Harvey McHugh and, most recently, Correlli have not delivered the audience numbers the ABC had hoped and, indeed, expected. Could it be that ABC’s drama fortunes are about to undergo a turnaround? I hope so, because the new series Bordertown certainly is deserving of a vast following.” 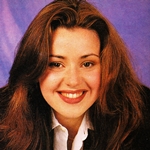 Saturday: It’s AFL Grand Final Day, which dominates Seven’s schedule. The overnight Football Marathon winds up at 8am, followed by the Grand Final Breakfast. The VSFL U/18 Grand Final (9am, Seven) is followed at 11am by the prelude to the main event. The AFL Grand Final (2pm, Seven) features pre-match entertainment, including the national anthem sung by Tina Arena (pictured). Geelong takes on Carlton at the Melbourne Cricket Ground, with 25 cameras and 35 microphones set to cover all the action to an estimated Australian audience of 8 million plus 47 million households in 60 countries. After the match, Talking Footy (7.30pm, Seven) presents a special Grand Final edition.

Tuesday: Arky Michael guest stars as an intellectually disabled man struggling to understand his mother’s chronic depression in GP (8.30pm, ABC). In Blue Heelers (8.30pm, Seven), when the police prosecutor gets appendicitis, PJ (Martin Sacks) asks Maggie (Lisa McCune) to fill in for him in court. 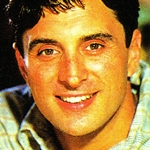 Friday: In Neighbours (6.30pm, Ten), Libby’s (Kym Valentine) internet friend is not what she expects. In Home And Away (7pm, Seven), Steven (Adam Willits) is arrested for manslaughter. Jennifer Keyte hosts a special prime time edition of Our Victoria (7.30pm, Seven), featuring various travel spots and adventures from across the state.