Cameron F/X a comeback
Cameron Daddo, the former Perfect Match host who moved to the US to pursue an acting career, has landed a leading role in the TV pilot F/X. The new show, based on the films F/X and F/X2, is being filmed in Toronto as a two-hour pilot which producers are hopeful will be picked up for a series of 20 episodes for screening next year. Daddo, who starred in the short-lived Models Inc, will reprise the role of special effects wizard Rollie Tyler, played by fellow Australian actor Bryan Brown in the original F/X movie in 1985.

Jason fires!
“This is the film which will show audiences Jason Donovan‘s true acting ability,” says Kris Noble, executive producer of the Nine Network telemovie The Last Bullet. “It was a huge challenge for Jason and he has come through with flying colours.” Donovan had trained with the army before he began filming for the telemovie in Queensland, playing the part of soldier Stanley Brennan. “I’ve played innocents in films before and I wanted to go beyond that type of role,” Donovan told TV Week. “Playing Stanley was a great challenge. I threw myself into it.” The Last Bullet also stars Daniel Rigney, Robert Taylor, Charles ‘Bud’ Tingwell and Japanese actor Koji Tamaki. 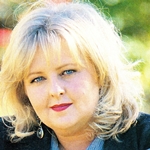 “Julie’s decent, warm-hearted and likeable… and I want her dead!”
GP actor Denise Roberts (pictured) doesn’t mince words when she says what she wants to happen to her character, receptionist Julie Winters, when she leaves the long-running series in October. “I want to go out with a bang,” Roberts told TV Week, laughing. “I want to do the right thing by GP. I want to get out while Julie’s still a decent, warm-hearted, likeable character. I really think it would be best to kill Julie off because I feel people would accept she has gone more easily. Being a typical actor, I’d like to die on stage or screen… but I don’t think that is what the producers plan for Julie.” 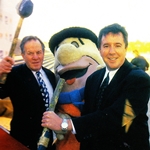 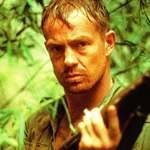 “If you can believe that a naive, frightened young digger has any hope of survival in a one-on-one battle against a fanatical Japanese soldier, who also is an expert marksman, then you just might go the distance with The Last Bullet. The Nine Network co-production with the Japanese company TYO has a set-up with plenty of promise, but in the end is unsatisfying to the point of being dull. Even though the shortcomings of The Last Bullet cannot be blamed on Jason Donovan‘s (pictured) performance, the movie is not going to provide a turning point in a career which peaked with his triumph in London’s West End. The Last Bullet is, well, a bit of a blank.”

Program Highlights (Melbourne, August 5-12):
Saturday: Beyond 2000 (5.30pm, Ten) looks at the latest emergency vehicle for airport disasters; gambling by computer in Japan; technology for people with a disability; and the secrets of recording technology used by Frank Sinatra, Lucas Films and NYPD Blue. Lifestyle shows Your Money And Your Life (6.30pm, Ten) and Behind The Wheel (7pm, Ten) are shifted to Saturdays. Gladiators (7.30pm, Seven) presents its mid-year final. Bruce McAvaney hosts the first daily highlights of the World Athletics Championships (10.35pm, Seven), from Gothenburg, Sweden.

Monday: In Home And Away (7pm, Seven), Jack (Daniel Amalm) refuses to tell anyone where Chloe (Kristy Wright) is hiding, and Pippa (Debra Lawrance) notices Shannon (Isla Fisher) is going off her food again. The 7.30 Report (7.30pm, ABC) begins a week-long series of special reports on the 50th anniversary of the bombing of Hiroshima. In Frontline (8pm, ABC), the Frontline team turn an academic book launch into a debate on racism.

Wednesday: In Neighbours (6.30pm, Ten), Jen (Alyce Platt) agrees to find out if she is a compatible bone marrow donor for her cousin. In Home And Away (7pm, Seven), Max (Rob Steele) follows Jack (Daniel Amalm) to where Chloe (Kristy Wright) is hiding out; and when Irene (Lynne McGranger) leaves for work, Mud (Tom Richards) makes a move on Selina (Tempany Deckert). In Correlli (8.30pm, ABC), a young inmate transferred to an adult jail carries a chip on his shoulder which leads to trouble.

Thursday: In Neighbours (6.30pm, Ten), Joanna (Emma Harrison) suggests that she and Annalise (Kimberley Davies) go into business together. In Home And Away (7pm, Seven), Angel (Melissa George) is attacked by an intruder.