Acting romantic
Great TV romances don’t always have the same chemistry off-screen. Home And Away‘s Shane and Angel might be Australian TV’s hottest couple but the actors that play them, Dieter Brummer and Melissa George (pictured), are less than friends off screen. The pair rarely attend publicity together and only do photo shoots together as contractually obliged in Australia. In the UK, however, it’s a different story as they are able to call the shots and say “No” to any photo opportunities there. A Seven Network spokesperson defended the pair, saying, “they come in, do their work and leave. They don’t exactly socialise together, but they don’t have to — or would want to — after working together all day”. It seems that a similar scenario is also happening over on Ten‘s Echo Point, where Martin Henderson and Jessica Napier play young couple Zac and Edwina. A source from inside the production told TV Week, “they do any publicity they are asked to do, but off screen Martin and Jessica are poles apart. They didn’t hit it off from day one. Martin is keen for the Zac-Edwina romance storyline to end and for his character to be paired with someone else”.

A night to remember
It was a night of celebration as an all-star cast of performers paid tribute to Australia’s World War II veterans in the Australia Remembers concert, staged at Melbourne’s Palais Theatre and broadcast on ABC. The concert, celebrating 50 years since the end of the war, was the first production to come from Steve Vizard‘s Artist Services company since its exclusive contract with the Seven Network came to an end. Among the cast of performers were Slim Dusty, Maurie Fields, John Farnham, James Blundell, Marina Prior, Gina Jeffreys and Toni Pearen. The night also featured old diggers telling their stories, Prime Minister Paul Keating presenting a speech, and a message from Queen Elizabeth II.

Court changes stop ABC series
Unfortunate timing has meant that ABC‘s new mini-series Blue Murder, set in Sydney’s underworld of the 1980s, may never be shown in New South Wales. Two charges brought against one of the crime figures depicted in the series have resulted in any reference to him be deleted from the production. Production company Southern Star Entertainment has decided that this would essentially cut more than 40 per cent of the show’s content, making it too difficult to screen the program in New South Wales, but it can continue to be screened unedited elsewhere. But ABC is so sensitive to the issue that it is limiting the availability of pre-publicity material and previews, even outside of New South Wales. Each state outside of NSW will only get one preview tape which will only be shown at closed screenings in ABC offices. Blue Murder is set to screen in states outside of New South Wales later in September.

Quantum turns 10
ABC‘s science series Quantum clocks up 10 years but, as reporter Geoffrey Burchfield points out, “it is only the twinkling of an eye in geological terms!” Burchfield, who has been with the show for nine years, was one of only 10 people in the world to be chosen in 1993 to complete a 10-month Knight of Science Fellowship at the Massachusetts Institute Of Technology. “I think shows such as Quantum have made us more aware of the extraordinary changes,” he told TV Week. “I look back and I am staggered at the amount of territory we have covered and the ideas we have ranged over.” But despite the show’s recent series return featuring the heavy topic of nuclear testing, Burchfield hints that there will be some lighter topics coming up this year as well. “Science is fun, and we will be doing a lot of fun stories.” He wasn’t giving anything away but hinted that future stories may feature mad scientists, robots with consciences and learning to speak the language of animals!

“On-air promotions for Hope And Gloria, a recent addition to the Nine Network‘s Monday night schedule, bill it as “the hottest new comedy in the US”, or words to that effect. While the truth has never stood in the way of a good line for an on-air promo, this one is a touch ironic in light of the fact that Nine now does have rights to America’s hottest new show, but won’t screen it until next year. The series is called Friends and, on the most recent Nielsen figures I’ve seen, it has been number one in the US for six weeks running. (Hope And Gloria, for the record, was number 22.) Friends is about a group of 20-somethings, most of whom live in the same New York apartment building and hang out at a coffee joint called Central Perk. Apart from Courtney Cox, who was in Family Ties and is Michael Keaton‘s girlfriend, Friends does not boast any stars known in Australia.”

Sunday: The Eastern Creek 12-Hour Race is broadcast live on SBS for the first time, with previous races from Mt Panorama on Network Ten. SBS’ coverage begins at 5.45am through to 7.30am, then returns for two hour slots at 10.30am and 4.30pm. In children’s drama Sky Trackers (8.30am, Seven), Nikki (Petra Yared) is making a video on the Search for Extra Terrestrials which Tony (Steven Jacobs) is researching. He begins to lose interest in science until a real signal appears. AFL Sunday (1pm, Seven) includes Sydney Swans versus Fremantle, live from Sydney, followed by West Coast Eagles versus Carlton, live from Perth. Maeve O’Meara hosts new current affairs program 7 Days (7pm, SBS). Sunday night movies are The Hand That Rocks The Cradle (repeat, Seven), Unforgiven (repeat, Nine) and Single White Female (repeat, Ten).

Monday: In Home And Away (7pm, Seven), as fire grips Summer Bay, Nelson (Laurence Breuls) is paralysed as he watches the car explode in flames with Jack (Daniel Amalm) caught inside. In Healthy Wealthy And Wise (7.30pm, Ten), Ross Greenwood has some alternative ideas for Christmas shopping, and Lyn Talbot travels to the Mornington Peninsula in Victoria and meets guitar master craftsman Richard Howell. In Frontline (8pm, ABC), Sam (Kevin J Wilson) is keen to boost ratings by building a playground for underprivileged children, but he doesn’t count on Mike (Rob Sitch) offering to help out.

Tuesday: In Home And Away (7pm, Seven), Fisher (Norman Coburn) is in deep shock over losing his house in the fire; and Sally (Kate Ritchie) blames Jack (Daniel Amalm) for Nelson’s (Laurence Breuls) injuries. In GP (8.30pm, ABC), Sonia (Zoe Carides) lands an assault charge after defending herself from a sexually aggressive patient. 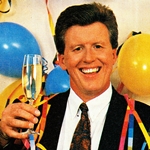 Wednesday: In Neighbours (6.30pm, Ten), Luke (Bernard Curry) is over the moon about his job offer, but Ren (Raelee Hill) is in two minds about it. In Correlli (8.30pm, ABC), when Kevin Jones (Hugh Jackman) assaults Sam (Richard Piper), Louisa (Deborra-Lee Furness) has some hard choices to make. Sports Tonight (11pm, Ten), with Tim Webster (pictured), celebrates its second birthday.

Thursday: In Home And Away (7pm, Seven), Shannon (Isla Fisher) finds a charred body in the bush. In Getaway (7.30pm, Nine), Rebecca Harris goes whale watching with Mimi Macpherson; Christina Morrissy goes on a tour of Istanbul; and Jeff Watson hires his own island off the coast of Tasmania.