Fashionably fiery!
Women are making a comeback to leading roles on television — with Georgie Parker and Lisa McCune (pictured) starring in Fire and Blue Heelers respectively. Joining them are Rebecca Gibney (Halifax fp), Angie Milliken (The Feds) and Deborra-Lee Furness (coming soon in the ABC series Correlli). “The funny thing is we’re doing a turnaround,” Parker told TV Week. “Back to the Barbara Stanwyck, Joan Crawford, Bette Davis and Katharine Hepburn-type roles that were often villainesses. We’re actually returning to that era where it was just like a given that a great role could be played by a man or a woman. It’s a brave move for a lot of producers to have a woman character and not make her just the love interest or the victim.”

Gladiators captures Aaron
Blackout presenter Aaron Pedersen has quit the ABC and signed on as co-host of the Seven Network‘s new game show Gladiators. “I resigned specifically because I’d feel uncomfortable taking leave, promoting Gladiators and going back to the ABC. I’d like to do my own thing,” he told TV Week. Pedersen will join Kimberley Joseph, who controversially signed on to Gladiators just after starting work on Hey Hey It’s Saturday. “It was a huge decision,” she told TV Week. “Gladiators is going to put me up there and give me a chance to show my true colours and ability. Seven has offered me security. I’m pleased with my decision.” The 13-episode series will be produced at Brisbane’s Entertainment Centre and screen on Seven mid-year, up against Hey Hey It’s Saturday. 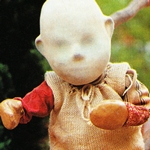 The growing pains of kids’ TV
More than 300 of the major players in children’s television from around the world will be in Melbourne this month, attending the five-day World Summit on Television and Children. The summit will address a wide-ranging list of concerns, including current standards and importance of children’s television, government support in terms of subsidies and regulation, the effect of the information superhighway, commercialism and violence on TV. For the Australian Children’s Television Foundation (ACTF), hosting the summit is a recognition from the global TV industry of the success of Australian-made children’s television — with programs like Lift Off (pictured), Round The Twist and Winners sold to more than 90 countries and winning many international awards. “The awareness internationally of what is going on in Australia with children’s television is very high,” ACTF chairwoman Janet Holmes a Court told TV Week. The advent of new technologies and its impact on children is also to be discussed. “Our children can be plugged into all sorts of things and everybody is talking about what you can do and how you will be able to do it. But I don’t think enough people are addressing what will come out when kids do plug in,” said ACTF director Patricia Edgar. 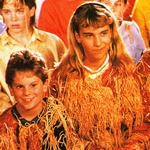 “A massive satellite dish on which to go in-line skating, right there in the backyard? What more could a teenager want? A space tracking station where teens and even pre-teens have free rein to log in to the computer systems and such? Even better… just about approaching perfection, in fact. Welcome to the world of Sky Trackers, the latest effort from the trail-blazing Australian Children’s Television Foundation. The series has its premiere here two days after the completion of the World Summit on Television and Children in Melbourne. Sky Trackers has already been sold everywhere from Iceland to Indonesia, and it will do nothing to harm the glowing reputation forged by the foundation through series such as Round The Twist (pictured) and Lift Off. The cast is excellent, particularly the teenagers Petra Jared as science-crazy Nikki Colbert and Zbych Trofimiuk as Mike Masters, whose scientific interests range about as far as a Jimi Hendrix lick.”

Monday: In Neighbours (6.30pm, Ten), Helen (Anne Haddy, pictured) is instantly attracted to the newcomer in the neighbourhood. In Home And Away (7pm, Seven), Angel’s (Melissa George) inexperience with the wheelchair makes her frustrated and upset.

Tuesday: In Blue Heelers (8.30pm, Seven), Alex Bailey (Peter Hosking) returns to town after serving 10 years in jail for murder. He claims he only wants to see his son, but his presence keeps the police busy calming domestics and investigating a spate of burglaries. In Fire (9.30pm, Seven), the pyromaniac strikes again.

Wednesday: In Neighbours (6.30pm, Ten), Helen (Anne Haddy) feels like a teenage girl before her big date. In Home And Away (7pm, Seven), Shannon (Isla Fisher) wants Curtis (Shane Ammann) to be careful of Laura (Claudia Buttazzoni). In Deception (8.30pm, Nine), the next telemovie in The Feds, one policeman dies and another faces the end of her career when she becomes too close to the man she is trying to put behind bars.