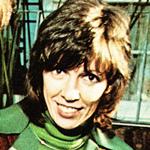 Singer Kerrie Biddell has died at the age of 67 after a long illness.

Biddell’s career began singing commercial jingles in the 1960s before scoring the job of backing vocalist for Dusty Springfield in Sydney in 1968. She joined pop group The Affair which went to London after winning a Battle Of The Bands competition in 1970. Upon returning to Australia she joined The Daly Wilson Big Band before starting a solo career. She was a regular guest on TV variety shows at the time and presented an ABC radio show, Kerrie Biddell And Friends.

While working in the USA and Canada, Biddell appeared on The Merv Griffin Show and had a residency at the MGM Grand Hotel.

Although she worked for many years as a jazz singer and teacher, and collected numerous awards, she also continued to work as a vocalist for commercials, jingles and TV shows. For many, her most recognisable work is the theme song to the long-running drama series Sons And Daughters.

The theme song, performed with Mick Leyton, featured on the show’s opening and closing credits for its entire 972 episode run.

Permanent link to this article: https://televisionau.com/2014/09/obituary-kerrie-biddell.html