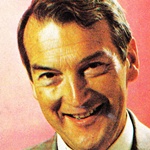 Climpson has been involved with Christian broadcasting for over 50 years. He was a longtime presenter and Board Member at Hope Media, which includes Sydney radio station Hope 103.2 (formerly 2CBA), and for ten years was Chairman of Hope Media.

Although his television career started at TCN9 Sydney, for over twenty years he was newsreader for ATN7. He also became known across Australia as host of the original This Is Your Life and the Sammy Awards in the 1970s. He later hosted the SBS series Going Strong in the 1980s and Seven’s remake of Australia’s Most Wanted in the 1990s.

Permanent link to this article: https://televisionau.com/2014/05/roger-climpson-receives-lifetime-achievement-award.html