Guitarist plucked out for Summer Bay
A classical guitarist who has no acting experience has beaten hundreds of hopefuls for a role in Home And Away. Fourteen-year-old Daniel Amalm has been working as a busker in Brisbane’s Queen Street Mall and been a guitar soloist at concerts staged by the Queensland Conservatorium Of Music when he scored an audition for the role of Jack, the latest foster child to be adopted by Pippa and Michael Ross (Debra Lawrance and Dennis Coard). “I did my best, learned the lines and my name wasn’t even on the list when I went to the audition, so they didn’t know I was doing it. I sort of just turned up,” he told TV Week. Viewers will see Jack introduced to the series in March. 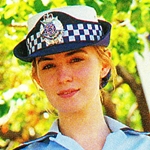 Closed curtain opens doors for Lisa
A failed stage production has led to a career break for actress Lisa McCune, scoring a leading role in Seven‘s new drama Blue Heelers. McCune was starring in the Sydney stage production of Nunsense II which was cancelled after only two weeks and did not make its planned tour to Melbourne. It was only then that she decided to audition for the role of Constable Maggie Doyle in Blue Heelers. It was not her first such audition. She had earlier tried for a role in sitcom Newlyweds and had appeared in a comedy pilot, Radio Waves, for the Seven Network. McCune is hopeful that Blue Heelers, which replaces the long-running A Country Practice, will be a success. “The show has all the right elements,” she told TV Week. “The calibre of guest stars every week is incredible. I’ve worked with some of the best actors in the country since I’ve been here.” 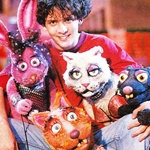 Brian’s wild about the ferals
Former GP star Brian Rooney is starring in ABC‘s latest children’s series, The Ferals, where he will be appearing alongside a cast of shed-dwelling puppets — including Rattus the rat, Modigliana the cat, Mixy the rabbit, Keith the koala, Derryn the dog and Kylie the kangaroo. The Ferals is described as “a bold escapist adventure into suburbia, where human characters are exploited and outwitted by the hippest puppets around”. Also starring in The Ferals is Kylie Hoggart (sister of Kellie Hoggart, formerly of Teen Queens and E Street) and Miguel Ayesa.

“The new local cop show Blue Heelers should be a winner for the Seven Network. Its strength is in its immediately sympathetic characters — people we can identify with, people who could be our neighbours, friends or partners. Blue Heelers, set in the fiction bush police station of Mount Thomas and starring John Wood, William McInnes, Julie Nihill, Martin Sacks, Lisa McCune, Ann Burbrook and Grant Bowler, will not win awards for compelling original storylines. They’re mostly tales we’ve heard before — but they’re true-to-life stories that don’t suffer in the re-telling. The one-hour series has drama and humour, well-written dialogue and is politically correct in its treatment of sexism and racism.”

Sunday: On the eve of the start of the Ford Australian Open, some of the world’s leading tennis players go up against local celebrities for the Oz Charity Day at Flinders Park, Melbourne (2pm, ABC). Meanwhile, the NSW Open finals (1pm, Seven) and the Benson And Hedges World Series Cup (1.20pm, Nine) dominate the afternoon. Sunday night movies are An Officer And A Gentleman (Seven), Best Defense (Nine) and Aliens (Ten) — all are repeats.

Monday: The Ford Australian Open, live from Flinders Park in Melbourne, begins its two weeks of competition (11am to 5.30pm, 8.30pm to 12.30am, Seven). Actor Noah Taylor and performer Debbie Byrne are special guests on the first episode of Kate Ceberano‘s Ceberano And Friends (10pm, ABC).

Tuesday: In the debut of Blue Heelers (7.30pm, Seven), Constable Maggie Doyle (Lisa McCune) arrives at Mount Thomas from the city and convinces a local girl to press rape charges against her violent boyfriend.

Wednesday: In the series return of Newlyweds (8pm, Seven), Allie (Annie Jones) and Peter (Chris Gabardi) agree to spend two weeks in a caravan park with Peter’s family. Mini-series The Leaving Of Liverpool (8.30pm, ABC) is given a repeat screening over two nights.

Thursday: In Beyond 2000 (7.30pm, Ten), Anthony Griffis looks at a software program used to analyse a person’s food intake — from how much fat is in food to vitamins and trace elements; and Andrew Waterworth goes to Scotland where an anaesthetist has invented a device to monitor a patient’s brain responses during an operation and adjust the anaesthetic accordingly.