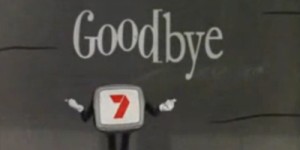 Sydney’s ATN7 has signed off its analogue signal this morning after 57 years and one day of service (the station launched 2 December, 1956) with a flashback to its nightly shutdown — the song My City Of Sydney performed by Tommy Leonetti, an American entertainer who hosted a variety show for the channel in the …

END_OF_DOCUMENT_TOKEN_TO_BE_REPLACED

Permanent link to this article: https://televisionau.com/2013/12/sydney-switches-off-analogue.html