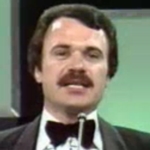 Former Brisbane television presenter Paul Griffin has died at the age of 65.  He had suffered a heart failure.

Griffin’s career dated back to the 1960s, working at regional radio station 4ZR in Roma before moving to 4KQ in Brisbane.  In 1973 he made the shift to television and during the 1970s and 1980s was a familiar face to Queensland viewers as co-anchor of National Nine News from QTQ9 in Brisbane.  He also compered the 25th anniversary special for QTQ9 in 1984.

In 1979 he won the TV Week Logie for Most Popular Male Personality in Queensland.

After leaving Nine he started up his own public relations firm, Paul Griffin Communications.

Permanent link to this article: https://televisionau.com/2013/03/obituary-paul-griffin.html