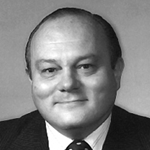 Bruce Skeggs, long-time racing identity and commentator, Victorian politician and founding editor and columnist for TV Week, has died in Melbourne at the age of 81.

Skeggs was a race caller for over thirty years, including a world record 34,000 harness races, and in the 1950s was a journalist for former Melbourne newspaper The Argus.

After The Argus ceased publication in 1957, Skeggs had a brief stint at evening newspaper The Herald before going on to Southdown Press to develop a new television and radio magazine.  The end result was TV-Radio Week which launched in December 1957 (it was re-named TV Week in 1958) and Skeggs continued as editor and columnist until 1960. 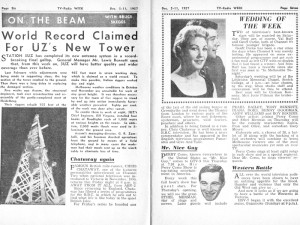 Bruce Skeggs’ column in the first edition of TV-Radio Week

A member of the Liberal Party, he was a political commentator for Melbourne radio station 3XY in the 1960s and ’70s.  His interest in radio broadcasting, sparked by his childhood appearances on Quiz Kids in the 1940s and maintained by his many years as a race caller, continued with his involvement and management of community radio station Inner FM in the Melbourne suburb of Heidelberg.

Permanent link to this article: https://televisionau.com/2013/03/obituary-bruce-skeggs.html