SBS to relaunch SBS2 in April 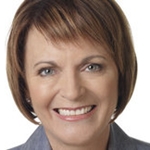 Jane Reilly, one of Adelaide television’s longest serving presenters, has announced she is resigning from her role as weather presenter at Ten News.

AdelaideNow reports that Reilly is stepping away from TV to focus on her radio commitments at Adelaide talkback station 5AA.

Reilly admitted that her decision will come as a shock to many:

“After working for 37 years full time on Adelaide TV, much of the time here with my friends at Ten, I have decided to retire from television.  It’s been a very hard decision to make, as I absolutely love working for Network Ten and I have many loyal fans, who I know will be surprised by this announcement.” 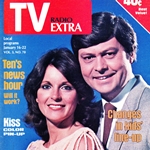 A qualified schoolteacher, Reilly’s TV career started at SAS10 in the mid-1970s as a host of children’s program Earlybirds.  She also co-hosted the long-running pre-schoolers series Fat Cat And Friends and presented the weather for Eyewitness News.  In 1984 she won a TV Week Logie for Most Popular Female Personality in South Australia.

Reilly later became a weather presenter for ABC before joining ADS10‘s Ten News where she has been presenting the weather since the mid-1990s.

She has previously also worked at Adelaide radio stations SAFM and Triple M and now co-hosts the breakfast program at 5AA with Keith Conlon.

Reilly will continue at Ten News until April.  Reporter Kate Freebairn will then join the presenting team at Ten News.

Permanent link to this article: https://televisionau.com/2013/02/jane-reilly-quits-tv-for-radio.html