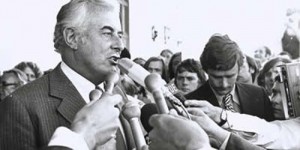 Later this month it will be 50 years since ABC launched its television service in Canberra. On Tuesday, 18 December 1962 at 7.30pm, ABC3 was officially opened from the transmitter on Black Mountain and essentially operated as a rebroadcast of ABN2 from Sydney with some local content inserted. The station was the first in the ABC’s …

END_OF_DOCUMENT_TOKEN_TO_BE_REPLACED

Permanent link to this article: https://televisionau.com/2012/12/abc-celebrates-50-years-from-canberra.html