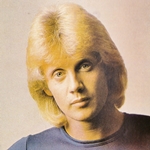 Singer and former TV host Darryl Cotton has died in Melbourne at the age of 62 after a short battle with cancer.

A founding member of ’60s pop group Zoot, in 1972 after the band broke up Cotton went on to the United Kingdom and the US before returning to Australia in the late 1970s.

He hosted a music series, Summer Rock, for Adelaide channel NWS9 in the ’70s, and appeared in drama series The Young Doctors.

But despite his musical background many will remember Cotton as co-host of the Saturday morning children’s show The Early Bird Show, which ran on Ten from 1985 to 1989.

Other television appearances have included Celebrity Tattletales, Neighbours and Spicks And Specks.

In recent years Cotton was a member of the group Cotton, Keays & Morris, alongside Jim Keays and Russell Morris.

He was diagnosed with liver cancer in May this year.

Darryl Cotton is survived by wife Cheryl and children Amy and Tim.

Permanent link to this article: https://televisionau.com/2012/07/obituary-darryl-cotton.html