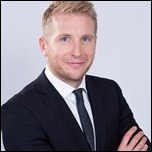 Only a few days ago Network Ten had all guns blazing about a new-format late night news program to be hosted by journalist Hamish Macdonald (pictured).

The program was to be called Ten Newsnight and debut on Monday, 4 June at 10.30pm.

Now it seems that while the bulletin is still going ahead, the name is not.

Ten is reported to have said that the Newsnight name was merely a working title for the purpose of getting news of the show’s launch out to the press, insisting that the last-minute name change was to reflect a simpler, more concise brand for the new program. One wonders if the network was somehow assuming that the viewing audience would not have the cognitive skills to figure out what a program called Ten Newsnight might specifically entail?

While it is certainly not uncommon for new programs to launch to the public with different titles to those proposed in the development stages, Ten’s media release issued on Monday left no doubt as to what they intended to call this program.

However it has come to light via the online forum Media Spy that Ten’s change of heart may have potentially been prompted in part by the Nine Network trademarking the names “Newsnight” and “9 Newsnight” several years ago – while pay-TV news network Sky News Australia also has an established program called News Night, although such similarities didn’t stop Ten naming its early morning show Breakfast when ABC already had its own ABC News Breakfast.

Despite Ten opting for the pre-loved title for the new program they claim it will be a different news experience compared to its late night predecessor presented for many years by Sandra Sully, with the new program incorporating a mix of news, interviews, entertainment, sport and interaction with social media.

Ten Late News is, at this stage, still set to debut on Monday, 4 June, at 10.30pm and will screen Monday to Thursday nights.

Permanent link to this article: https://televisionau.com/2012/05/ten-says-newsnight-is-old-news.html