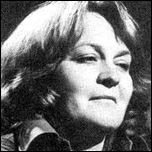 The Sydney Morning Herald reports that Foxtel has signed a deal with FremantleMedia to re-tell the tale of life inside the fictional Wentworth Detention Centre.

The deal, which comes after months of negotiations, is to lead to Wentworth, a modern take on the TV classic Prisoner.  To be produced in Melbourne, the new show’s premise is based around the entrance of inmate Bea Smith to the prison – reprising the character originally played by Val Lehman (pictured) – and her rise to the position of ‘top dog’.

Lehman won three TV Week Logies for her performance as murderer Smith, a role she portrayed for around 400 episodes.

Foxtel’s modern-day take on the prison theme comes after Network Ten’s plan to revisit the genre in the 1990s fell through, as did a similar proposal announced in 2010.

The original Prisoner, developed by Reg Watson, was produced by Grundy Television (a predecessor to FremantleMedia Australia) for Ten between 1979 and 1986.  More than 25 years after its demise the show continues to maintain a loyal fan base both in Australia and overseas.

All 692 episodes have been re-released as a 174-disc DVD box set, and although the series hasn’t been broadcast on Australian free-to-air television since the mid 1990s it continues to be shown each weeknight on pay TV channel 111 Hits.

Permanent link to this article: https://televisionau.com/2012/03/prisoner-re-make-to-focus-on-bea-smith.html