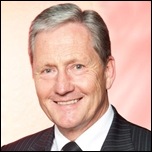 In a blow to local television in Tasmania, Nine-affiliate WIN has axed its Hobart-based news service on weekends.

Weekend newsreader John Remess (pictured), who joined the Tasmanian branch of WIN (then TAS TV) in 1992, will read his final bulletin this weekend.  Before WIN, he had been at ABC since 1970 and a newsreader there since 1974.

With another professional role as a real estate agent in Hobart, he moved to the weekend newsreading position at WIN last year after fronting the main weeknight bulletin for several years.

The cutbacks have also cost the job of a Launceston-based camera operator and two already-vacant positions will now not be filled.

From next week WIN will relay the Melbourne-based Nine News to Tasmania on weekends, up against local state-based news services from rival broadcasters Southern Cross and ABC.

In other states, WIN News operates as a local news service on weeknights only, supplemented by the nightly broadcast of the respective state’s capital city bulletin from Nine, however the WIN News service in Tasmania is a composite of local and national news compiled in Hobart and broadcast statewide. 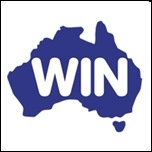 Late last year WIN announced that it was rationalising its regional news bulletins in South Australia by merging the separate editions for the Mount Gambier and Riverland markets into a single newscast.

Permanent link to this article: https://televisionau.com/2011/06/win-cuts-weekend-news-in-tasmania.html