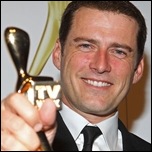 It is the Nine Network’s first Gold Logie win since Ray Martin last won the award in 1996.

Stefanovic’s Gold win comes on the back of an aggressive marketing campaign by Nine which encouraged viewers to send in SMS votes to get him over the line.  Other nominees Rebecca Gibney, Jessica Marais, Chrissie Swan, Adam Hills and Asher Keddie were also promoted by their respective networks, but Nine’s “Vote for Karl” campaign was certainly the most prolific.

The Today host even mentioned the campaign in his acceptance speech.

The campaign attracted some criticism as being a “tacky” stunt as opposed to having talent judged on its own merits.  Seven news chief Peter Meakin told Crikey, “Karl’s a really nice guy, I regard him as a mate. But I just think this was tacky.”

Stefanovic’s Gold was his second Logie on the night.  Earlier in the evening he’d been awarded the Silver Logie for Most Popular Presenter, and in accepting that award made mention of his wife, remarking that ‘”she’s also got the best arse I’ve ever seen.”  Not the most elegant of acceptance speeches.

Seven’s popular Packed To The Rafters won Most Popular Drama, and actor Hugh Sheridan was awarded Most Popular Actor.

The Seven Network was also awarded Most Outstanding Factual Program for the special Trisha And Krishna: The Quest For Separate Lives, and the long-running Better Homes And Gardens won Most Popular Lifestyle Program.

Seven News won the Logie for Most Outstanding News Report for its coverage of the New Zealand mine disaster.

Ten’s reality hit MasterChef Australia, which returned for its third season last night up against the Logies, not surprisingly won the award for Most Popular Reality Program.  Ten also picked up awards for Bondi Rescue for Most Popular Factual Program, and Offspring’s Asher Keddie for Most Popular Actress. 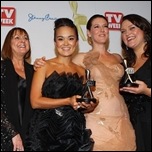 Ten’s morning show The Circle won Most Popular Light Entertainment Program, while co-host Chrissie Swan (pictured, far right, with colleagues Denise Drysdale, Yumi Stynes and Gorgi Coghlan) may have missed out on the Gold but did take the Most Popular New Female Talent award. 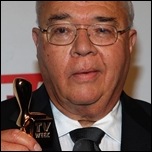 Performer Eddie Perfect and comedy trio Tripod presented a moving tribute to those in the television and showbusiness industries that have left us over the past twelve months.

Other music performances on the night came from Katy Perry, Maroon 5 and Jessie J.

Megan Gale, Andre Rieu and Rachel Griffiths were among the guest stars to hand out awards.

Credit to Shane Bourne for courageously taking on the role as host that invariably draws criticism, and succeeding to lead the night with good humour and without wearing out his welcome.

One aspect of the telecast that did wear out its welcome, however, was the “Logies Minute” segment which appeared at various stages of the night as advertorials for the telecast sponsors but came across as awkward and unnecessary and mostly went beyond their promised “Minute” of airtime.  Said sponsors might have got more value by the network just running their commercials.

Across the five major capitals the awards presentation averaged a preliminary overnight rating of 1,323,000 viewers over four hours – including both the red carpet arrivals and the Awards themselves – while the return of Ten’s MasterChef averaged around 1,569,000 viewers over its 90 minutes. 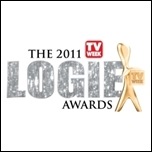 Permanent link to this article: https://televisionau.com/2011/05/the-53rd-tv-week-logie-awards.html