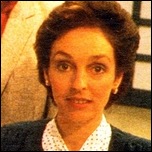 Former journalist and television presenter Sonia Humphrey has died at the age of 63.

A former dancer with the Australian Ballet Company, Humphrey later decided on a change of direction and completed a production course at the National Institute of Dramatic Art (NIDA).  Her fondness for history led to her joining an archaeological dig in Israel before working as a field producer for America’s ABC network, covering the 1973 Arab-Israeli War.

Returning to Australia in the mid-1970s, she became a weather presenter and reporter for Eyewitness News at TEN10, Sydney.  This led to her joining ABC in 1978 to front current affairs program This Day Tonight and its successor Nationwide.

In 1983, ABC management sought to remove her from the airwaves when she became pregnant, fearing that viewers would object to seeing a pregnant woman on television.  She took the case to the Anti-Discrimination Board and won.

After The Investigators, Humphries went on to host a similar program, Probe, for the Seven Network in the late 1980s.

She then went on to produce documentaries for Film Australia before settling in Tasmania with her second husband, Ian MacDougall, after he retired in 2003.

Sonia Humphrey is survived by Ian, her two sons and her parents George and Beverley.

Permanent link to this article: https://televisionau.com/2011/02/obituary-sonia-humphrey.html