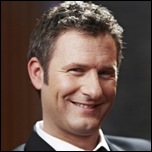 The title of the program refers to the location of the Melbourne ABV2 studios, which were opened in May 1958 and have hosted many productions for the national broadcaster in the decades that have followed.

In promoting the new series – with the tagline “it’s the future of television” – ABC has dug out some archival footage of some early programs to come from the Gordon Street studios, including children’s series Adventure Island (1967-1972).

Permanent link to this article: https://televisionau.com/2011/02/gordon-street-goes-back-to-the-future.html