For Sale! One TV studio 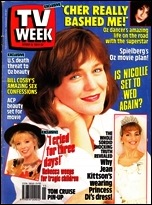 Cover: Nicolle Dickson (Home And Away)

Reyne forecast for Coopers Crossing
Actor David Reyne is to join the cast of Nine’s The Flying Doctors.  The 31-year-old star of series including Sweet And Sour, Possession, Flair, Bony and Golden Fiddles joins The Flying Doctors in the role of Dr Guy Reid, a brilliant young man from a wealthy family.  Dr Reid’s arrival into Coopers Crossing has the locals questioning his motives – why would an independently-wealthy man choose to live in a small town, particularly when he makes no secret of the fact that life in a small town is not for him.  Reyne has started work on the series this month and will be seen on-air from early next year.

Comedy of errors!
The Comedy Company’s return after a six-month break was a mistake, according to one of the show’s original stars, Glenn Robbins.  Robbins, now working on the Seven Network’s Tonight Live With Steve Vizard, told TV Week that he feels the show, which has struggled up against 60 Minutes in the ratings since its return, would have been better to come back as something entirely new instead of keeping the old name.  “When you come back with a show such as The Comedy Company, there’s a preconceived image of what it’s all about.  They created a pretty tough job for themselves.  Maybe it might have been better to call it something else,” he says. 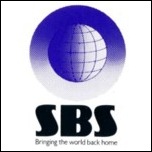 A decade of bringing he world back home
To celebrate its tenth anniversary, Australia’s multicultural network SBS is planning to screen a raft of special programming as well as revisiting some of the significant programs that have aired over its first decade.  As well as new documentaries Kids First, with George Negus and Peter Ustinov, and Boy Soldiers, SBS will be screening a special featuring ‘60s tribute group The Fabulous Singlettes  and the adults-only dance spectacular Dreams Of Monochrome Men, featuring DV8.  SBS will also repeat its early 1980s mini-series Women Of The Sun, a production that won a United Nations Peace Prize in 1982, starring Justine Saunders. 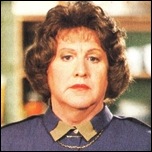 When James became Jane…
Peter Whitford has played many characters over the years – but his latest role has been the most challenging.  The actor is playing the part of a transsexual, James Kennedy, in an upcoming episode of GP.  For many years, James has been harbouring the secret of wanting to be a woman and has been secretly wearing women’s clothes.  When his secret is discovered, he decides to come out of the closet and, as Jane (pictured), decides to have a sex-change operation.  “Margaret Kelly’s script was so well-written, I was completely intrigued,” Whitford told TV Week.  “For the role of James/Jane I spoke with many transsexuals – not to be confused with transvestites, who get their kicks out of cross-dressing.  Transsexuals feel they should have been born the opposite sex.  It has nothing to do with homosexuality either.”

Briefly…
TV producer and former Number 96 star Harry Michaels is working on a drama series which he hopes to sell to a commercial network.  The proposed 13-part series is set in a real estate agency and follows the professional and personal lives of the girls who work there.  “It’s part comedy and part drama and will be a mixture of Nine To Five and Number 96,” Michaels told TV Week.  “I’m making it with my own money and assistance from the Hoyts company.”  Michaels is already an established producer, with his Aerobics Oz Style series now showing nationally on the Ten Network and regional stations. Actress Janet Andrewartha, currently appearing in ABC’s Embassy, reluctantly admits to being a singer earlier in her adult life.  “I don’t usually admit to this – but I was a folk singer,” she told TV Week.  “You know, guitar on your back, and doing the rounds.  I sang traditional and contemporary folk music.  There were so many venues in those days, you could actually make a decent living from it.” 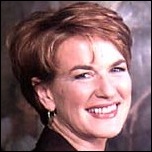 John Laws says…
”Andrea Stretton (The Book Show), incidentally, must be one of TV’s unsung personalities.  She has a lovely, sunny smile, projects a warm personality and asks intelligent questions.  SBS should make much more use of her and once the commercial channels get some money in the piggy banks it wouldn’t surprise if they started to take a long look at her, too.”

Program Highlights (October 13-19):
Saturday:  Aussie Rules football goes international with the Fosters International Cup, featuring West Coast Eagles versus Melbourne, live from Portland, Oregon, on HSV7 this afternoon.  SBS covers cycling with the Commonwealth Bank Classic, a 1000km event from the Gold Coast to Wollongong.  The event will be broadcast on SBS for an hour each afternoon for the duration.

Sunday:  With the football now over, it’s cricket’s turn – the FAI Cup begins on GTV9 with NSW versus Queensland, live from Brisbane, followed by Western Australia versus Victoria, live from Perth.  Actor Max Gillies is the special guest on ABC’s arts program, Sunday Afternoon With Peter Ross.  Sunday night movies are Perry Mason: The Case Of The Lethal Lesson (HSV7), Empire Of The Sun (GTV9) and Predator (ATV10).  After the movie, HSV7 crosses to the US for Collingwood versus Essendon in the Fosters International Cup. 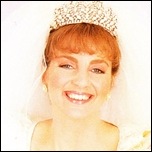 Tuesday:  In Beyond 2000 (HSV7), reporter Amanda Keller looks at alternative herbal medicines used by the Mapuche Indians of southern Chile for centuries, and Bryan Smith visits a major city that is sinking 80cm a year because of poor water management.

Friday: As part of its celebration of ten years of broadcasting, SBS presents the first episode of mini-series Women Of The Sun, which first appeared on the network in 1982.  The series traces the impact European settlement has had on Aboriginal people, and their struggle to retain their individuality.