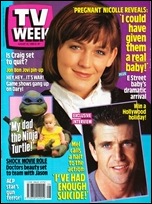 The littlest star on the street
Ten’s E Street has welcomed a new cast member, and the show’s cast and crew and bending over backwards to make sure she is happy.  The new star is nine-week-old Madison Doyle who will play the part of Rachel Patchett, the new daughter of Megan and Chris (Lisbeth Kennelly and Paul Kelman).  The young Patchett arrives in less than ideal circumstances.  Megan’s cheering at the grand final between the Westside’s Kookas and The Royals turns into contractions and she gives birth in the Kookas’ change-rooms! 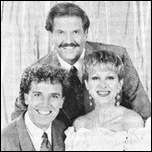 Saturday night fever!
The war is now on as the Seven Network takes a celebrity-laden attack against Nine’s popular Hey Hey It’s Saturday.  Celebrity Wheel Of Fortune and Celebrity Family Feud (with presenters Rob Brough, John Burgess and Adriana Xenides, pictured) are set to debut early in September.  But Hey Hey’s Daryl Somers isn’t too worried about the competition.  “The other networks have put shows up against us in the past but they couldn’t match us,” he told TV Week.  “In times of gloom and doom, people love to laugh – and that’s what Hey Hey does best.”  Somers also diffuses speculation that Jacki MacDonald is set to return to the show following some guest appearances when the show was recently taped in Brisbane.  “It is certainly wonderful to welcome back our beloved Jacki.  But it is just for these two shows.  We have all missed her, and the door is always welcome for her to come back.” 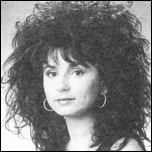 Effie’s hair-raising new role!
Acropolis Now’s Nick Giannopoulos and Mary Coustas have signed a deal to pilot a sitcom set in a hairdressing salon.  The pilot, likely to go into production after the current series of Acropolis Now is completed, has the working title Effie.  The project is being funded by Crawford Productions for the Seven Network.  “The idea is that Effie works in a salon called ‘Hairazors’,” Giannopoulos told TV Week.  “The series will take a look at her adventures in the salon and her problems with the other kooky characters who work there.”  At this stage Coustas, who also stars in Seven’s police drama Skirts, is the only definite cast member. 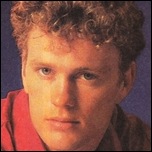 Briefly…
Only a year into his three-year contract, TV Week Gold Logie winner Craig McLachlan (pictured) is looking to wind back his role in Seven’s Home And Away in 1991 as the actor is struggling to juggle both acting and singing careers.  McLachlan has been allowed breaks from the series to promote his recording career but Seven is said to be less than pleased with singing taking a higher priority.  The relationship between Seven and McLachlan has also been tested with the star withdrawing from his commitment to co-host Seven’s Sydney telethon for the Royal Alexandra Hospital For Children and the Children’s Medical Research Foundation.

Burke’s Backyard host Don Burke is keen to sell the top-rating Nine Network show overseas.  He has already had interest from Japan in buying the show but with the show’s demanding schedule as well as presenting his own gardening show on Sydney’s 2UE, he admits the time just isn’t there yet to discuss the options. 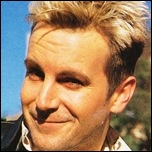 Former Uncanny X-Men lead singer Brian Mannix (pictured) was thrilled when he scored a guest role in the Seven Network’s Skirts – more so when he heard he was playing a drunk!  “I’ve been drunk for years,” he said.   After Skirts, Mannix is set to release his own solo album and will also be making a guest appearance in SBS’ English At Work series.

John Laws says…
”It’s disappointing to see that Mark Mitchell’s ambitious show, The Big Time, failed to attract significant ratings and be put on hold.  In The Big Time, Mitchell plays himself and it seems that as far as the viewers are concerned they don’t consider this much a humorous ploy.  Anyway, this is not the end of the world for Mark Mitchell, because he has a superb comedy talent.  What he must do is come to terms with the fact that he is always going to be more successful by creating characters such as Con The Fruiterer and his missus and that it’s no failure at all to remain in that form of comedy.”

Sunday:  HSV7 begins screening the children’s series Round The Twist, originally shown on ABC, starring Tamsin West, Sam Vanderberg, Richard Moir and Bunney Brooke.  ABC’s Sunday morning World Of Worship presents A Mass For The Deaf, from the Ephpheta Centre in Sydney, to commemorate Deafness Awareness Week.  Sunday night movies are The Witches Of Eastwick (GTV9) and Die Hard (ATV10).  HSV7 debuts the two-part US mini-series I Know My First Name Is Steven, based on the real-life story of Steven Staynor who was kidnapped as a seven-year-old in 1972 and was held captive for seven years.

Tuesday:  Beyond 2000 (HSV7) presents a 90-minute special edition, 20th Century Syndrome, looking at some aspects of our modern-day lifestyles and whether they are actually killing us.  This is followed by a 90-minute edition of Tonight Live With Steve Vizard.  Heather Mitchell and Vince Martin guest star in ABC’s GP.

Wednesday:  Kim Beazley is the special guest in this week’s Speaking For Myself on SBS.