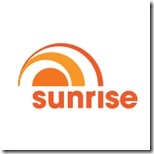 The battle between breakfast rivals Sunrise and Today steps up another notch this week, the first week of the official ratings for 2010, with the announcement that Sunrise is now extending to Saturdays.

The move now sees the two perennial rivals competing seven days a week.  Today has, for a while, had a seven day presence, while Sunrise initially expanded only to a Sunday edition, Weekend Sunrise, leaving the Saturday early morning timeslot to long-running children’s program, Saturday Disney.  It is not known at this stage what will become of Saturday Disney, a show which has been on-air for 20 years now, in the wake of Weekend Sunrise extending to Saturday mornings. 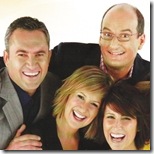 The battle between the two shows also intensified last month with Sunrise re-launching, with a new-look studio, refreshed on-air presentation, the return of former weather presenter Grant Denyer and a move towards a more serious news focus – although the show’s recent “election”, over the issue of whether or not male presenters on the show should wear a tie, does blur this focus somewhat, but there has to be a balance between serious and flippant.

And while Sunrise and Today are fighting it out – and summer ratings data indicates that this year’s ratings battle will turn out to be the tightest yet between the two, particularly in Sydney and Melbourne – national broadcaster ABC continues its very serious ABC News Breakfast on ABC2 and gears up for the launch of its new 24-hour news channel.

Permanent link to this article: https://televisionau.com/2010/02/sun-now-rises-on-saturday.html