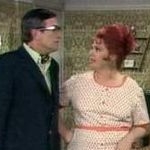 TV critic and self-confessed Number 96 tragic Andrew Mercado has announced that the third boxed set DVD of the famous Aussie soap Number 96 will be released by Umbrella Entertainment in 2010. ‘Aftermath of Murder’ picks up where the last DVD release (‘the Pantyhose Murderer’) left off and new characters in the series this time …

END_OF_DOCUMENT_TOKEN_TO_BE_REPLACED 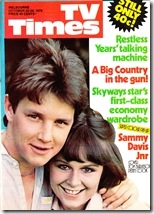 Tom’s accent is on variety Canadian-born Tom Burlinson has tackled Irish, English and American accents in various roles since leaving the National Institute of Dramatic Art (NIDA) in 1976, but has found that playing Mickey Pratt in the 0-10 Network’s The Restless Years has presented the biggest challenge.  “Mickey’s Australian accent is one of the …