The Australian today reports that the Nine Network is planning a rebranding exercise for its on-air presentation and news and current affairs programming.

The original date for the relaunch was set to be 09/09/09, but the pending full-scale launch of their digital channel Go has made this impractical.

For thirty years, Nine branded itself as ‘Still The One’, a campaign borrowed from the American ABC network that more than outlived its American predecessor.  For most of those thirty years Nine was the undisputed leader in television, largely due to the passion and drive (and deep pockets) of Kerry Packer. 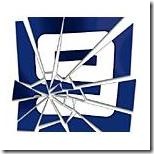 Since Packer’s passing in 2005, Nine has seen its on-air image and programming take a battering.  Logos have changed, slogans have come and gone (remember ‘We Heart TV’?), many program formats have been tried and many, many programming changes have been made.  Even though ratings-wise they are still doing OK, in second place behind Seven, the network has lost a lot of its viewers’ respect at a time when it is critical that free-to-air television maintains its relevance in the changing market.

The new-look campaign will see Nine promote itself as ‘the home of TV’, hoping to inspire a sense of ‘pride and ownership’ with the hope of reviving some of its former status.  The revamp will also include a standard approach to program promotions – similar to the current strategy employed by Seven and Ten where program idents are given standard endblocks with day and time information – expected to save some money in production costs.

A Current Affair is also to get a refreshed presentation – again – while Nine News has recently had a rework in Melbourne to update its image.

The new ‘home of TV’ campaign by Nine, expected to launch over the next couple of months, comes after the Freeview consortium (representing ABC, SBS, the commercial networks and the regionals) launched a campaign to try and shore up public support for free-to-air digital television by reminding us that free-to-air TV has given us many memorable moments.

Of course, to the viewer a campaign like ‘the home of TV’ means little if it isn’t followed up with a sense of direction in programming.  For the last couple of years, Nine has stumbled in this regard with some ratings disasters, titles that should probably have never been given airtime, changes to its news and current affairs strategy and an over-reliance on easy audience pleasers like Two And A Half Men and 20 To 1.  It will be interesting to see if Nine will consequently give audiences a reason to ‘come home’ to their network.

Permanent link to this article: https://televisionau.com/2009/09/nine-invites-us-home.html