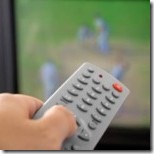 The Australian Communications and Media Authority (ACMA) has announced plans to licence a third commercial TV channel for viewers in regional and remote Western Australia.

The new channel will be available only on digital and its commencement will coincide with a proposed roll-out of digital broadcasting by the existing local commercial networks, WIN and GWN, due to start from 30 June 2010.

GWN, owned by Prime Television, is affiliated to the Seven Network while WIN’s Western Australian line-up is primarily based on the Nine Network schedule with some programming selected from Network Ten.

The licence to operate the new digital-only channel has been allocated to a joint venture between WIN and GWN in a similar arrangement to digital-only channels in Tasmania, Darwin and Mildura which are owned between the existing local commercial operators.

Permanent link to this article: https://televisionau.com/2009/06/new-digital-channel-for-wa.html