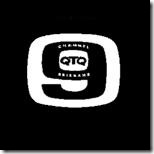 The year 2009 marks a number of significant anniversaries for Australian television.  One of them is the fiftieth anniversary of TV in Queensland – as Brisbane channels QTQ9, BTQ7 and ABQ2 all begun transmission during the second half of 1959.

QTQ9 was the first station to air in the Sunshine State, opening on 16 August 1959 and broadcasting from studios on top of Brisbane’s Mount Coot-tha, which would become home to the city’s three commercial TV stations. 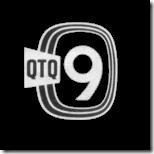 The first person to appear on screen on QTQ was Hugh Cornish, who went on to become a presenter and newsreader for the new station, later moving on to become the general manager.

Throughout the 1970s to early-‘80s, QTQ9’s news was the only commercial television bulletin from Brisbane to be relayed through regional Queensland’s various local broadcasters*.  And since aggregation arrived in regional Queensland in 1990, QTQ9’s news has again been beamed statewide through affiliate broadcaster WIN.  As well as the major 6.00pm bulletin QTQ9 also produces the only local news service for the Gold Coast and in Brisbane presents the long-running news magazine program Extra, which began back in 1992. 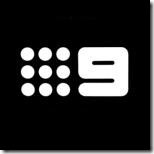 This Saturday night, as well as covering the Queensland election, QTQ9 will present a tribute to 50 years of television news – highlighting some of Queensland’s people and events that have made headlines locally and around the world: bushfires, floods, cyclones, murders, Royal tours, the Fitzgerald inquiry, the controversial Joh Bjelke-Petersen, former fish-and-chip shop owner Pauline Hanson, beauty student Schapelle Corby, and many more…

* Acknowledgement to aussiebeachut for clarification on QTQ9’s news being relayed to regional Queensland.

Permanent link to this article: https://televisionau.com/2009/03/queenslands-50-years-of-news.html